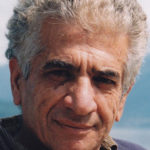 Parviz Tanavoli is one of the most influential and pioneering artists of the Middle east. he was born in 1937 and lives and works between iran and Canada. Tanavoli is a founder member of the Saqqakhaneh School (a school of art that derives inspiration from iranian folk art and culture), described as a ‘spiritual Pop art’ and is now considered the inspiration for progressive modern iranian art.
Upon graduating from the Brera academy of Milan in 1959, Tanavoli taught sculpture for three years at the Minneapolis College of art and design. he then returned to iran and assumed the directorship of the sculpture department at the University of Tehran, a position he held for 18 years.
his latest solo exhibitions were a retrospective held in 2017 at the Tehran Museum of Contemporary art and at the davis Museum in the Wellesley College, USa in 2015. Prior to that he had held solo and group exhibitions internationally. his work has been displayed at the British Museum, the Grey art Gallery, new York University, the isfahan City Center, nelson rockefeller Collection, new York, olympic Park, Seoul, South Korea, the royal Museum of Jordan, the Museum of Modern art, Vienna, Museum of Modern art, Walker art Center, Minneapolis and Shiraz University, iran, Tate Modern UK.
his key work is the calligraphic gure of heech (nothingness), a recurring theme in his sculptural repertory which contains reference to the human gure. 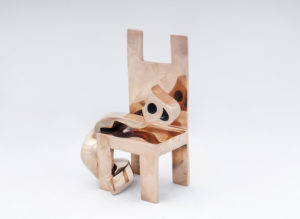 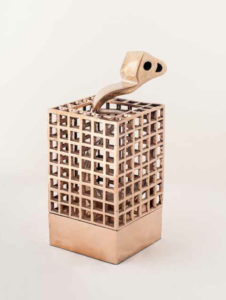 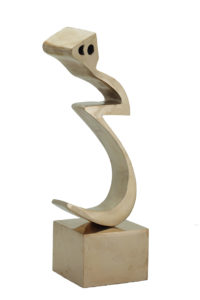 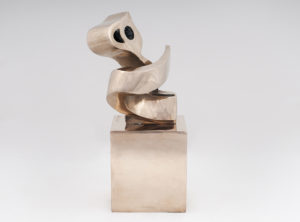 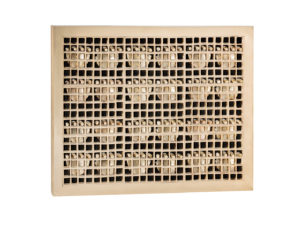 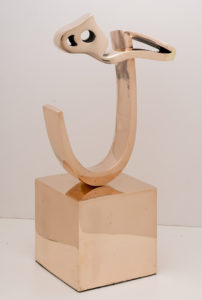 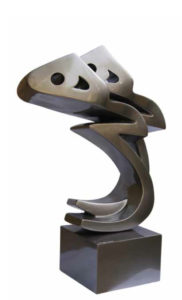 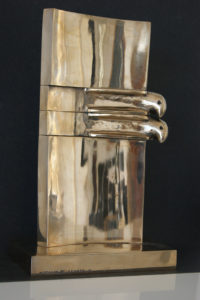 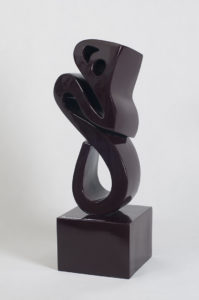