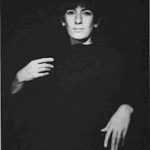 A significant figure in the artistic history of the Middle east, Leyly Matine-daftary was amongst the few artists who changed the historically stolid dictates of traditionalism prevalent in the region. in addition to establishing a personal style of modernism, she helped promulgate the movement, now so firmly evident in Iran and in the arab world, which produced a great number of exceptional and internationally renowned female artists.
Leyly Matine-daftary was born in Tehran, iran in 1937. her father, ahmad Matine-daftary, was Prime Minister of iran. after completing her elementary education in Tehran, she attended Cheltenham Ladies College and continued her education at the Slade School of Fine arts in London, from which she received a degree in Fine arts. She returned to Tehran in the late 1950s and began a career as a professional artist and also as an educator, becoming a lecturer on sculpture and sculpting at the Fine arts Faculty of Tehran University. in 1961 she married Kaveh Farman-Farmaian with whom she had two children, Kamran and Mansureh.
Matine-daftary was at the forefront of the arts in the Middle east, with great involvement in the Tehran Biennials – the genesis of the current direction of contemporary arts in the region – and in the Shiraz arts Festival, for which Matine-daftary created
the public aesthetic through her iconic design of posters, costumes and various attendant identifying material.
Leyly Matine-daftary passed away in Paris in 2007.
her legacy of modernism and minimalism will continue to be one of the most signi cant in uences in the development of the contemporary arts in the Middle east. 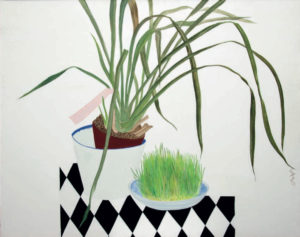