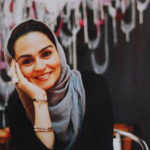 The paintings of Shahrzad Ghaffari are inspired by ancient Persian poetry and channel mysticism into a new visual language. Her work explores the metaphysics of love, where human union touches the divine.
Sharhzad Ghaffari is an iranian artist born in 1972. She divides her time between Iran and Canada.
As a member of the Ghaffari family which sired such Persian masters as Sani-ol-Molk and Kamal-ol-Molk Ghaffari, Shahrzad continues a family tradition spanning 150 years.
Devoted to painting from an early age, Sharhrzad has exhibited in cities as far afield as Kuching, Malaysia and Vancouver, Canada. Her first solo show in 2011 opened to critical acclaim at Tehran’s Golestan Gallery followed by solo exhibitions at Paris’s Galerie Nicolas Flamel, London’s Grovesnor Galllery and Dubai’s Jamm Gallery alongside a host of international group shows.
Shahrzad Ghaffari creates art that overflows with magic and emotions. Her work inspired by Iranian poet Rumi, conveys messages that are intimate, mystical and universal all at once, and carry us into an atmosphere colored by tradition and modernity.
Influenced by the calligraphic art of Iran, Shahrzad Ghaffari seamlessly masters Persian script, a tradition deeply rooted in Persian culture to which she brings an air of modernity with a new visual language, and a lively and luminous style. The use of radiant colors brings contrast as well and sublimates the contemporary aspect of her works. Inspired by literature and particularly by 13th century Iranian poet Rumi, Shahrzad Ghaffari explores timeless themes – the relationship of the soul to the divine, of the lover to the beloved, and their yearning for physical and metaphysical unity where human love at its purest melts into the sacred. Yet each experience is different and unique, each message intimate, and each story distinct.
Today, Shahrzad divides her time between Iran and Canada. Since 1995 her work has been exhibited in Tehran and Paris, in London and in Dubai. She is a by all means a favorite! 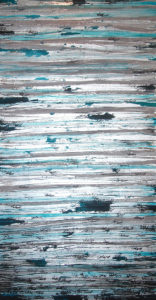 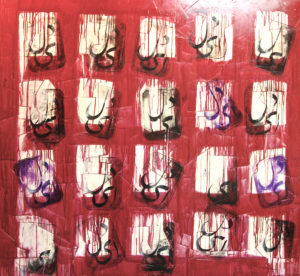 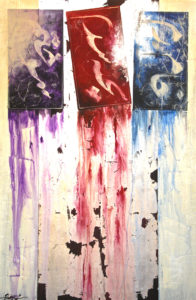 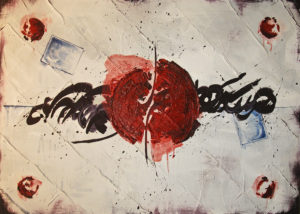 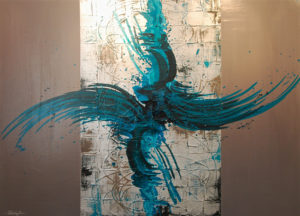