A large part of my practice and conceptual concerns explore the relationship between Iranian architecture and crafts, and their significant spiritual symbolism. In doing so, i aspire to present geometry as sculpture itself, giving an independent structure to that which has been traditionally trapped on to the surface of others. Using geometrical forms reminiscent of Persian architectural elements and ornamentations I hope to engage the viewer with the historical past; connecting them to the origins while reproposing it in a new and fresh perspective. For example; the contemporary interpretation of the dome, through the use of innovative mediums such as plexus or UV powder not only gives mutability to the piece, but also explores both the internal and external spaces and presents the multifaceted relationship between modernity and tradition. A further important aspect of my work is its interactivity, which is encouraged by the open structures allowing viewers to physically engage with the forms and space surrounding it that goes against traditional Iranian islamic architecture: often introverted and recondite.
The aspiration is to extract and sculpt these simple and eye-catching geometrical harmonies presenting geometry as sculpture; allowing the inscrutable to be accessed and admired for all its intricacies and grandiosity. The purpose of following this method of expression is to discover new forms and variations (with very simple structures and components), as well as to present a contemporary interpretation of traditional Iranian geometrical shapes. 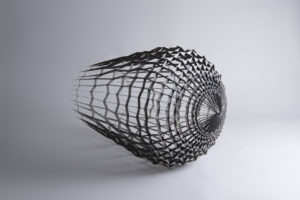 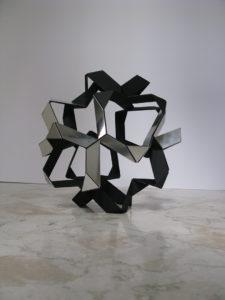 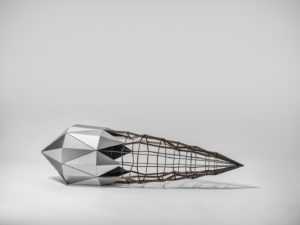