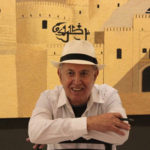 Parviz Kalantari is a painter born in 1931 in Zanjan, Iran and died in 2016. He was most famous for his illustrations in school texts.
The young artist who had begun with illustrations, continued to focus on nomadic life in his paintings, making urban dwellers more familiar with those that move to and fro with the change of seasons.
He was from a generation whose main concern was making a bridge between modern paintings and the venerable cultural heritage, which is tradition.
He had made efforts to create new works with today’s international language of painting. He believed that tradition was yesterday’s language while modernism is the language of today, and that tradition should be expressed in the language of today.
His art had also been exhibited in other countries such as France, the UK and the USA and were very well received in every case. His artwork entitled “Iranian City” was put on display at the UN office in Nairobi, Kenya in October 2005. 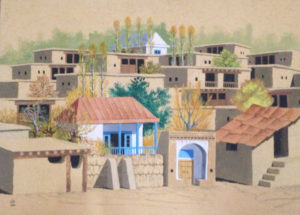