Ali akbar Sadeghi born in Tehran (1937) a graduate of College of art, University of Tehran, has been artistically active in the past 60 years. as a child, Sadeghi reminisces that he would be lost in the chants of narrators that gave account of Shahnameh stories and bravery of other heroes. The lyrical, heroic world of legends is an indispensable part of Sadeghi’s worldview, a world whose gurative representations sometimes appear in old miniature paintings or more popular forms of art.
in his evocative paintings, ali akbar Sadeghi draws on the rich traditions of Persian art but adds to them a surreal edge that involves dizzying spatial manipulations and startling combinations of real and fantastical objects, producing kaleidoscopes of colour and form. a master story-teller, the varied Persian sourc@es of Sadeghi’s tales range from historical Persian iconography swords, horses, gardens and warriors, to the compositions of archetypal iranian miniatures and portraits, particularly those of the Qajar dynasty.
Sadeghi’s inspiration from the cultural heritage of iran is not just aesthetic; the presence of Persian sagas and legends, epic poems and philosophies, and even the teachings of Gnosticism loom large in his work.his productions have undeniable links to the automatic art of dada &surrealism. Sadeghi rearranges subjects of his interest in a variety of media, including painting, graphic design, illustration and animation. From this perspective, he is considered a museum of iran’s visual arts of the last ve decades.
he is among the rst individuals involved in the Centre for the intellectual development of Children and the young adults, and was among the founders of the Film animation department. in 1991, Sadeghi was honoured for his outstanding achievements in lmmaking and book illustration,
and his participation in more than 50 festivals of lms and books. 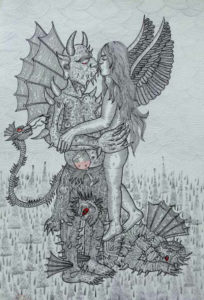 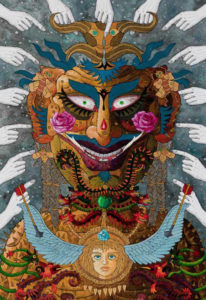 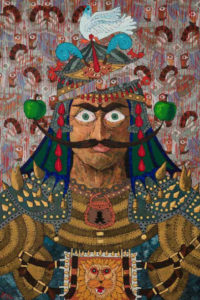 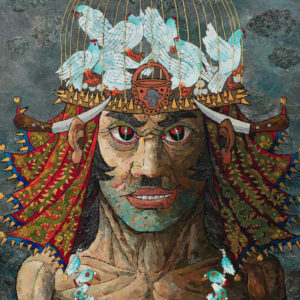 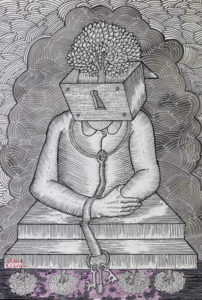 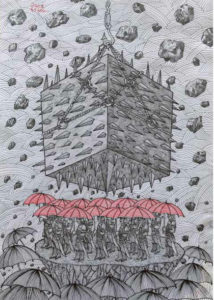